I found an interesting car in my Instagram feed a while back - it was a replica of the Keck Streamliner that was supposed to race at the 1955 Indianapolis 500. However, the original car never raced because the driver was killed in a race accident. The car wasn't ready so he used another one in the 1955 Indy race and was caught up in that fatal accident. The original was put in storage and never raced.

The Original 1955 Streamliner
Howard Keck was a race team owner who had won the Indy 500 in 1953 and 1954 using a Kurtis Kraft car with an Offenhauser motor. His driver, Bill Vukovich, was the top driver of his day after they were after a third win in a row to make history. Most cars in those days were open wheeler single seaters and Keck got his team to build an enclosed wheel car to improve airflow.

According to race-cars.com, this is the story:

The last "Fuel Injection Special" built by Quinn Epperly for the Bill Vukovich. Owned originally by Howard Keck and built for two time winner of Indianapolis Bill Vukovich (1953 and 1954). This unique Indy car was designed and developed to achieve 'near zero' drag by adopting advanced aerodynamic principles. The Streamliner project was headed by legendary Indy car builder Quinn Epperly with assistance from Jim Travers and Frank Coons. Known as the "Indy Whiz Kids", they set out to design and build the most advanced and competitive race car of their day. In addition to incorporating a voluptuously slippery body, a driver adjustable aerodynamic spoiler was incorporated in the rear that at the time was referred to as an 'Elevator'. The Streamliner also featured a unique 'offset' engine and cockpit configuration to achieve enhanced weight distribution. Even more radical were plans for an all new purpose built V8 engine, although a crate engine was fitted first. If one compares the Streamliner to other typical 1955 Indy 500 cars, it looks like it is 30+ years newer. Howard Keck had arranged for Epperly and his team to build the car for Bill Vukovich who had previously won the Indy 500 back to back in 1953 and 1954. No driver had ever won the Indy 500 three times in a row, so Keck and Vukovich were determined to go all out to win the 1955 race with the 'unfair' advantage of the Streamliner. Unfortunately Epperly was unable to complete the car in time for the 1955 race, so Vukovich entered the race driving Lindsey Hopkin's 500 Kurtis. Tragically, the widely known and popular Vukovich was killed while leading the race when he was entangled in an accident that had occurred in front of him. Howard Keck was so distraught by Vuky's death that he withdrew from Indy 500 racing and the Streamliner was stored away and never raced by anyone.

The motor used was typical for its time: an Offenhauser twin-cam 4 cylinder putting out 385hp. 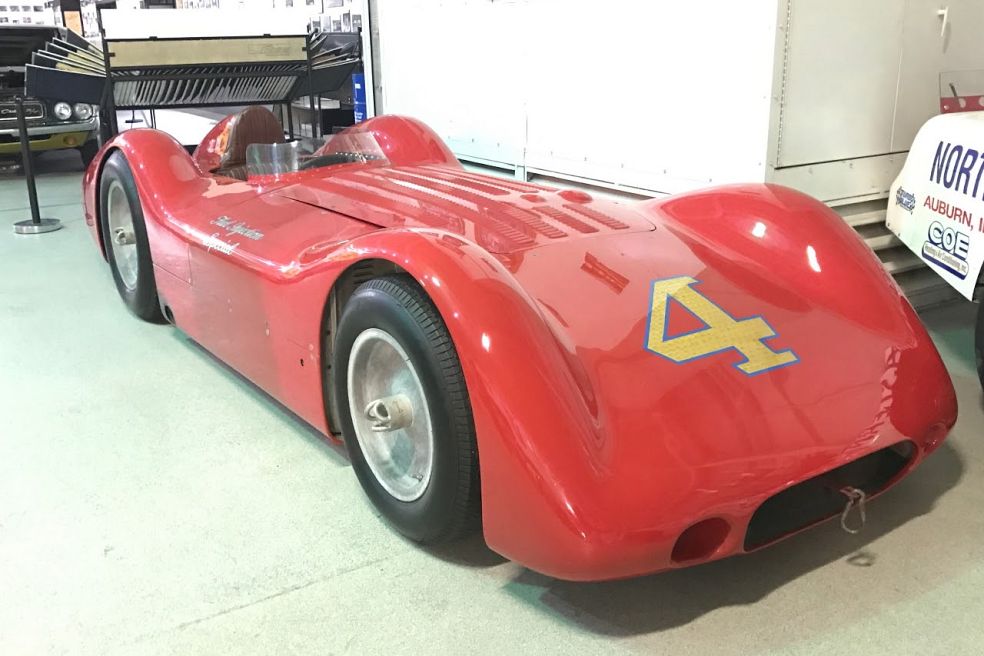 Howard Keck
Keck was the son of William Keck who founded the Superior Oil Company and naturally made a sizeable fortune. Like other heirs to a fortune, Keck spent it on horse racing and car racing until his father died and then he focused on the business, ultimately selling it to Mobil for many billions.

The Replica
Now we get to the reason this car appears on the club website! A replica was built in 2013 that used a Maserati V8 as its power source mated to an original Miller supercharger. The original car was supposed to have a V8, so the replica achieved what the designer ultimately wanted. 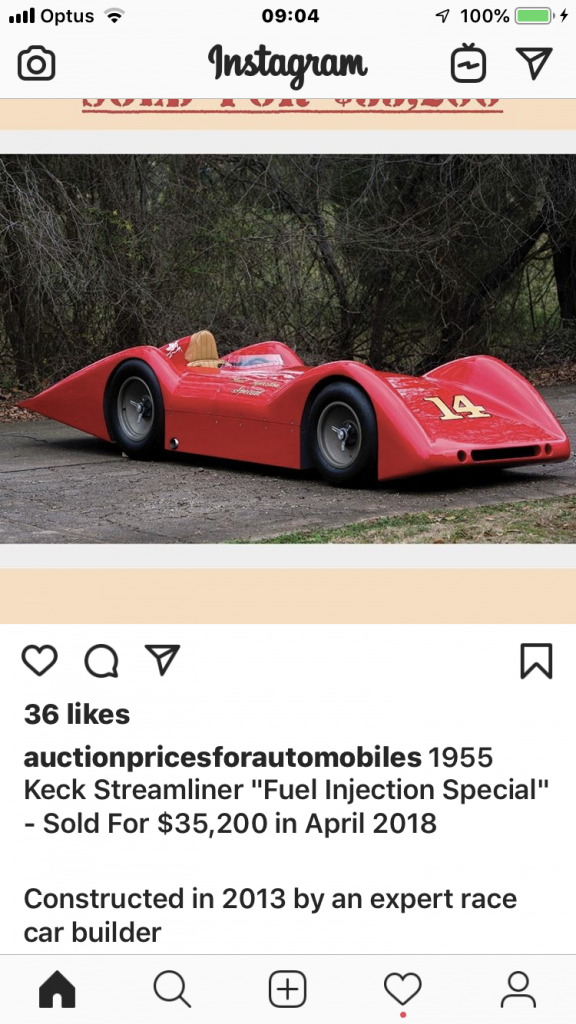 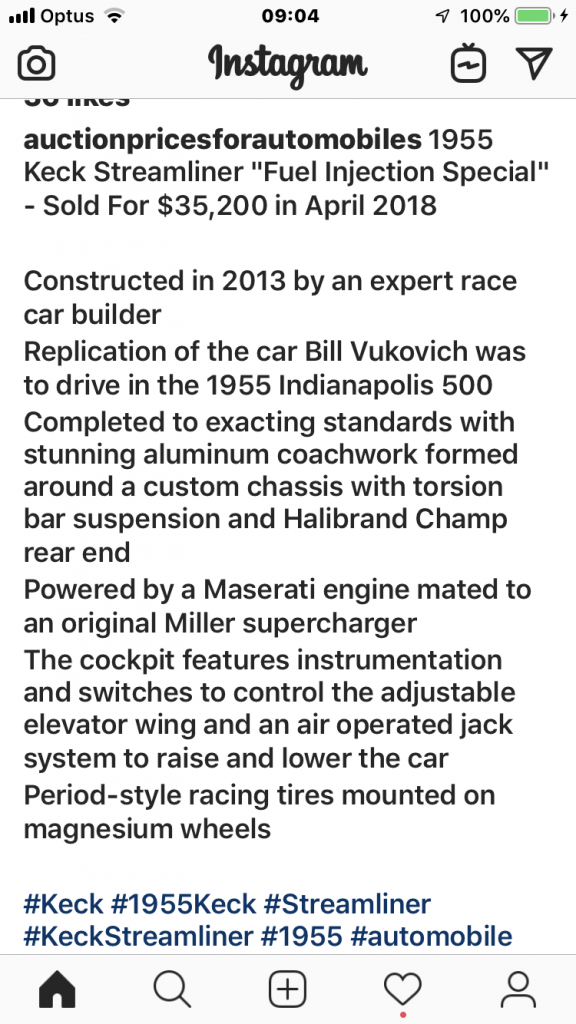 The car sold through RM Sotheby's.