Ever wondered what happened to the pre-war Maserati Grand Prix cars - we see many at Goodwood and other race circuits in historic racing, however they ended up in all sorts of odd places.

The Mantaray hot rod was built by Dean Jeffries in 1963 - he was a buddy of Carroll Shelby of AC Cobra fame and had done some work for him prior to building this out-there car. Apparently Jeffries father-in-law had several pre-war Maserati Grand Prix cars lying about his back yard and a chassis from one of them with the braking system ended up underpinning this creation! 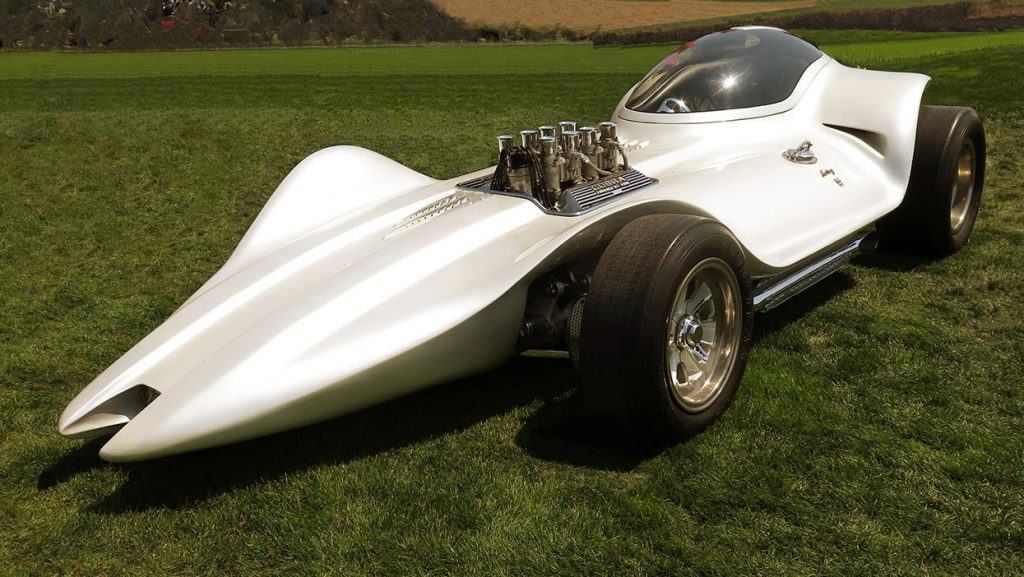 It was fitted with a Ford motor that was intended for an AC Cobra and the body was pure aluminium hand formed into the shape inspired by marine life - hence the name. Having won several awards it then became a film star with Frankie Avalon and Annette Funicello in Bikini Beach - which was on 9Gem a few weeks ago. 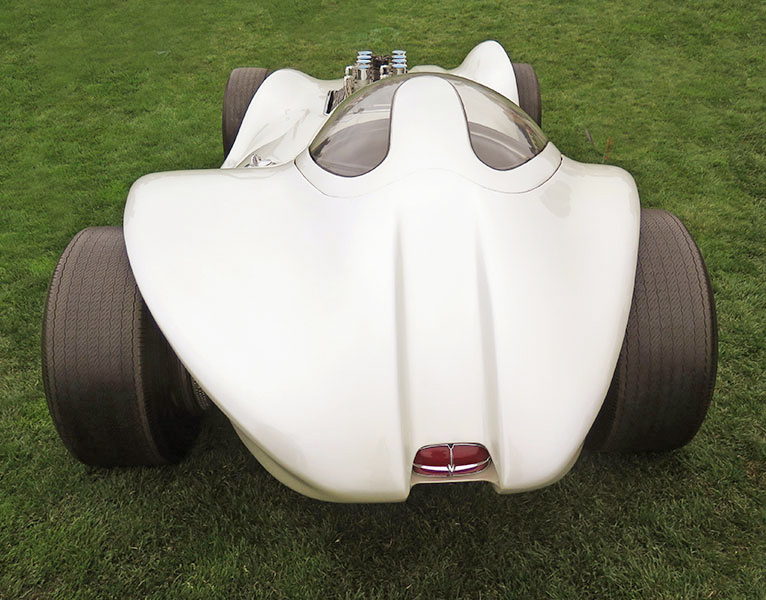 Jeffries went on to design several other movie vehicles including the MonkeeMobile and the moon buggy from Diamonds are Forever.