This was probably one of the fastest fire trucks in its day - a 1967 Maserati Quattroporte converted for duties at the Monza and Imola racetracks.

The vehicle was commissioned by CEA Estinori in the early 70s and the coachwork was by Grazie. CEA used it from 1973 to 1978 to get to racing accidents and it was fitted with a high pressure water pump and cannon. The car retained the original 4.2 litre motor which was fitted to a 5-speed ZF gearbox. The Borrani wheels were steel with disc brakes all round.

Five were built and there is conjecture about whether all survived - one report says that one of the vehicles was wrecked in an accident at a circuit and other reports suggest that all five were sold to an Austrian collector. Other reports say that they ended up being sold all over Europe.

One did come up for sale last year through Coys (the photo below is from their web site). This image is of the car after being restored with the help of the factory to get the correct colour and interior trimmings: 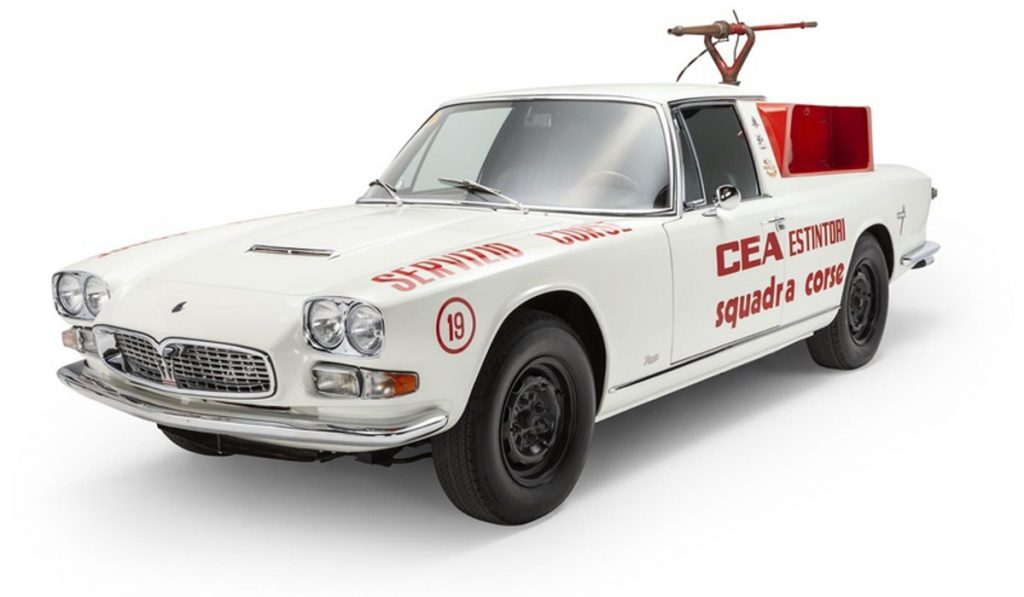 This is a tasteful conversion and one of many that use a high-performance car as the base.