We found this car in an advertisement in the April edition of Octane magazine, however it has now been sold through Marreyt Classics in Belgium. This is how the dealer described the car:

"This Pietro Frua-designed Maserati 3500GT Coupé Speciale is one of only two built in 1961, and the only one surviving, together with two 3500 GTi's coach-built by him in 1962. This is a full-bred Gran Turismo in the purest sense of the word: everything about this car exudes high performance and luxury. And even though it shares much of its DNA with the "mass produced" 3500GT Coupé by Touring, it truly is as unique as its appearance. Originally intended by Frua as a design study for the Sebring, it clearly shares its smooth and sleek lines with his later designs for Maserati, such as the 5000GT and the Mistral.

While the thin pillars and large windows give this coupé its very light and open overall appearance, it's the small details that put the proverbial cherry on the cake: the chrome bridge between the double headlamps, the air outlets on the front fenders with the "Creazione P. Frua" inscription behind them, the miniature Maserati tridents above the quarter windows, ... all the way down to the spiral spring that holds up the hood! 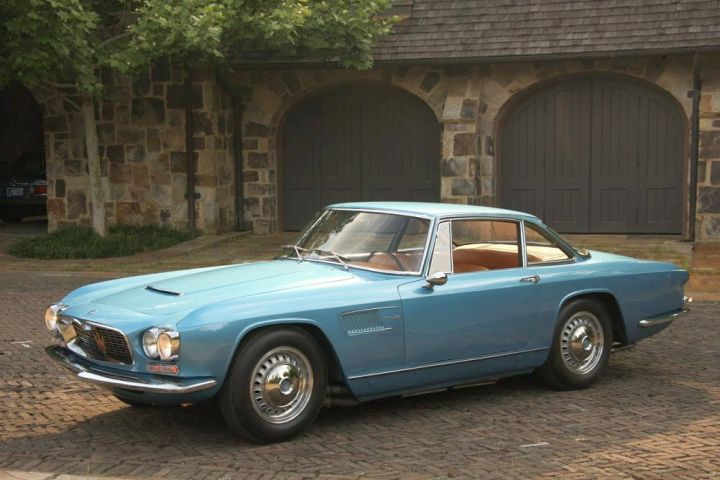 Maserati 3500GT Coupe Speciale by Frua - one of two!

Delivered new in Switzerland, this Maserati moved to the United States in the mid '70s where it passed through the hands of prominent Maserati collectors. One of them embarked upon a full restoration in 1996, involving Maserati historians and marque experts. It took over 15 years – and a second owner – to bring this bold project to fruition.

Upon completion, this stunning and unique car was named "Most Outstanding Maserati" at the 2014 Greenwich Concours d'Elegance, and it won 2nd in Class as well as an Amelia Award at the world-famous Amelia Island Concours d'Elegance."