loading...
The Journey to the Winner’s Podium Best Car at Auto Italia 2022

The Journey to the Winner's

My car is a 1967 Maserati ’Sebring' 3700 GTI Series II Coupe & was designed by Giovanni Michelotti of ‘VIGNALE’ coach builders, it was completed by the Maserati factory in May 1967 & despatched & arrived at Alec Mildren Motors in Pymble NSW in December 1967 ready for delivery to its first customer.

It is a rare matching numbers vehicle with full 'Maserati Classiche’ documentation confirming its provenance.

It is one of only 22 right hand drive produced by the factory & one of only 7 delivered to Australia.

The vehicle commenced a faithfully original, nut & bolt ground up restoration in 2007 & was completed in 2012, the result is a splendid example of period authenticity. Powered by a 3700cc twin cam, dual ignition, fuel injected, inline-six cylinder engine, it produced when new 245bhp & was delivered to the rear wheels via a 5 speed ZF manual gearbox, it came standard with Lucas fuel injection & 4 wheel disc brakes. Capable in the late 1960’s of 240 kph, it was then considered to be a high performance, sophisticated gentleman’s Italian GT sports car & is the very epitome of ‘la dolce vita’.

Since purchasing the car I have put a lot of work into what was already a beautifully restored Sebring. Over the last 2 years I’ve done further work on bringing the car to peak concours condition, my chosen workshop Cavallino Motorsport has spent many hours on getting the car to where I feel it's necessary to enter & hopefully continue to win awards, whilst also providing a reliable & joyous car to drive on either short or long distance tours as I do regularly with like minded friends & owners of classic cars. We’ve completed minor cosmetic paint work externally, some necessary upgrades of mechanicals, replaced numerous items under the bonnet & throughout the car that were not quite correct from an originality perspective & as would be expected from internationally accredited concours judges. One simple but time consuming example of this attention to detail, we have replaced 276 screws throughout the car that were Phillips head, when they should be Straight Slot as were used by all Italian coach builders of the period & certainly the type that originally were used when it came out of the Maserati factory in 1967. The car is now where I want it from an originality & condition perspective, now it should just be maintaining it correctly mechanically & cosmetically.

THE JOURNEY TO THE AUTO ITALIA

We met club members on Saturday morning at Camden Valley Inn to commence the journey in convoy down to Canberra, everything was going smoothly until approx 15-20 minutes out from Canberra, when I pulled up in the rain, which incidentally had been coming down since Goulburn - ugrrrr my perfect cosmetic detail prepared by Jason & his team at 'Detail Autohaus' being sadly shot to pieces - to enter into my phone sat nav the directions to my hotel. I turned the car off & when ready to head back off it wouldn't restart, just dead…oh no, spoken with a few choice adjectives under my breath & not quite suitable to repeat here.

Thank goodness my good friend Joey had also stopped behind when I pulled up. I rang the NRMA they came out & checked the battery & all was OK, they couldn’t figure out what was wrong & had to move on to the next breakdown. I checked my special kill switch also all OK. Feeling rather dejected I decided to ring a friend also coming to the event to ask if he knew any Canberra mechanics, he suggested ringing another Canberra friend & sent me his number.  I called him & he explained he could arrange safe storage of my car & then we could get it looked at perhaps on Monday or truck it back to Sydney.

Through further testing & elimination I looked harder then at the ignition switch barrel under the dash & could see wiring that had overheated, melted & degraded the connections...oh s---, no such spares with me & in all honesty I'm not terrific with mechanicals...so I rang & booked the tow truck. As it happened another friend was about 30 minutes behind us, he stopped to give a hand & suggested calling a local Canberra Alfa mechanic he knew named Luke Clayton. Luke went beyond just offering advice over the phone, he came out from Canberra late on Saturday afternoon, he performed a temporary fix by making a new bridge wire that got us started up & I drove to Luke's workshop in Fyshwick to leave it for him to have a more in depth look early Sunday morning & try an old Alfa ignition or something similar to gerry it up… at this point I'm staring to think perhaps there is a small chance I might reach the event late at the very least or if I’m really lucky at the best, still be able to enter for the judging.

After arriving late to the Saturday night official dinner & enjoying the festivities there on, I met fellow Maserati owner Andrew Dunne who owns a 60’s Quattroporte, I tell him my story of the afternoon, he tells me he thinks he may have a spare replacement ignition switch sitting with his spares in the boot of his car that could be worth trying & offers to loan it to me, he explains he carries a spare mostly because he's had a similar issue himself in the past. He leaves the dinner promising to check his car that night when he gets back to his hotel & true to his word texts me a photo later confirming he's got it with him.

Early Sunday morning I head in an Uber to collect it from Andrew at his hotel, then onto Luke's workshop... bingo, its exactly the same as the faulty one in my car. Luke removes the old one & instals the spare one from Andrew's Quattroporte & bang, the Sebring fires up.

Things are looking up... I head straight for Queanbeyan, arrive at the event & I start madly cleaning the Sebring before judging - obviously it’s never going to be as good as it was when I left Sydney - however the Gods, Khama, a number of great people or whatever else or whom had decided to help me along the way, the result was my Sebring won best Maserati & then ‘Best of Show'.

A huge thank you to all the people in the chain of events that resulted in me getting to the show & then topping it off with picking up the Silverware.

All in all a terrific weekend with wonderful like minded enthusiasts that ended very happily for me. 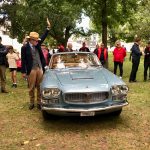 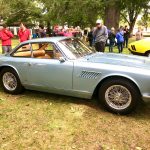 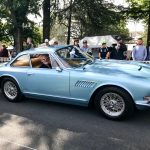 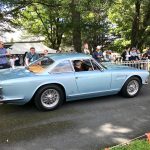 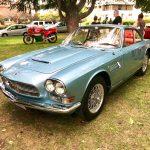 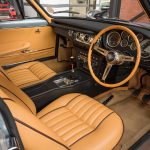