When I heard about this car I thought that it was amazing that someone should squeeze a Maserati Levante V8 into the Caterham 7 - the successor to the hugely successful Lotus Seven and the official Seven after they bought the rights from Lotus.

In its base form the Caterham is a very quick, light two seater with minimal equipment - it is designed as a true sports car that harks back to the times when drivers had to control the vehicle, rather than today's beast that control the driver. Typically the car has a 4-cylinder Ford motor of under 2 litres.

However .... the Caterham Levante V8 doesn't have a Maserati V8 shoehorned in, in fact it was released three years before the Maserati Levante prototype was first shown - then called the Kubang. What the Caterham does have, is a 2.4 litre hand-built V8 with a supercharger and a carbon fibre shell. Weight is around 520kg and power is up towards 550hp!

Only 8 were ever built and each owner had to have a two day driver course before delivery. One thing is clear - they didn't register the name! 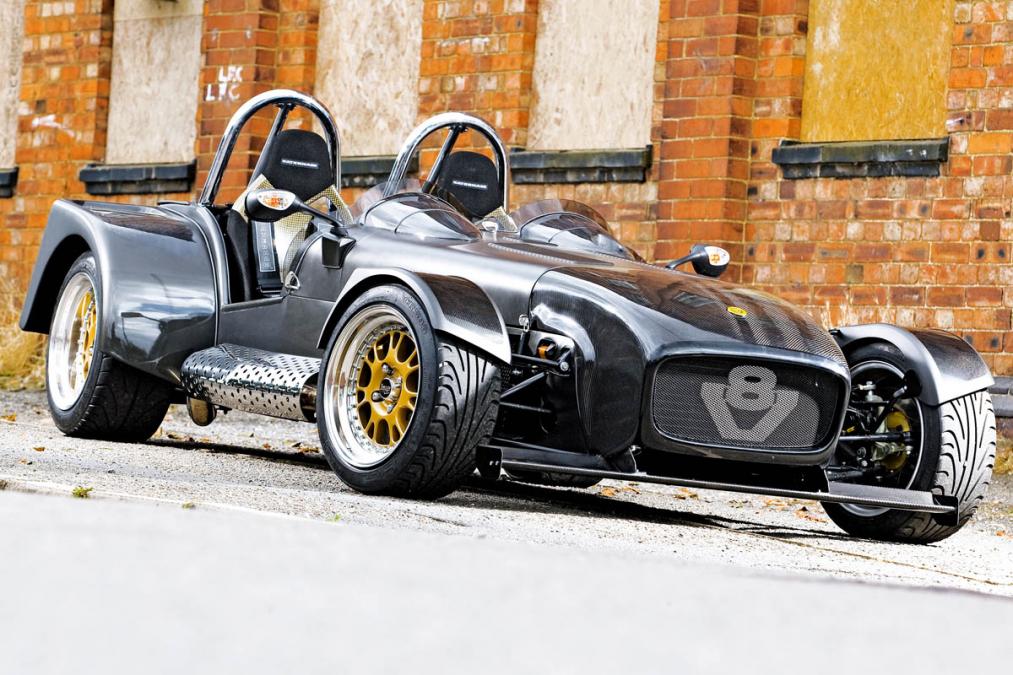