The Quattroporte IV or Tipo AM337 was released in 1994, four years after the Quattroporte III had finished production and used many components from the Series 2 Ghibli range - in fact it was based on a stretched Ghibli platform and used an evolution of the twin-turbo V6 that was seen in other Maserati road cars.

It was designed by Marcelo Gandini whose credits include the Khamsin, Series 2 Ghibli and Shamal for Maserati and many Lamborghinis and Lancias. The Tipo AM337 has a feel of the Alfa Romeo 164 mixed with a Lancia Thema. Power for the car started with a 2-litre for tax purposes and the normal 2.8 litre and then later it added in the 3.2 litre twin-turbo V8 from the Shamal with a different tune. It was apparently the smallest version of all the Quattroportes built thanks to the Ghibli underpinnings.

When Ferrari took a 50% ownership in 1997 from FIAT, they undertook a modernisation program that upgraded half of the components fitted to the car. FIAT had bought Maserati from De Tomaso in 1993, so the transaction was simply a shuffling of the deckchairs! The improvements to the AM337 meant a differentiating name: the Quattroporte Evoluzione. 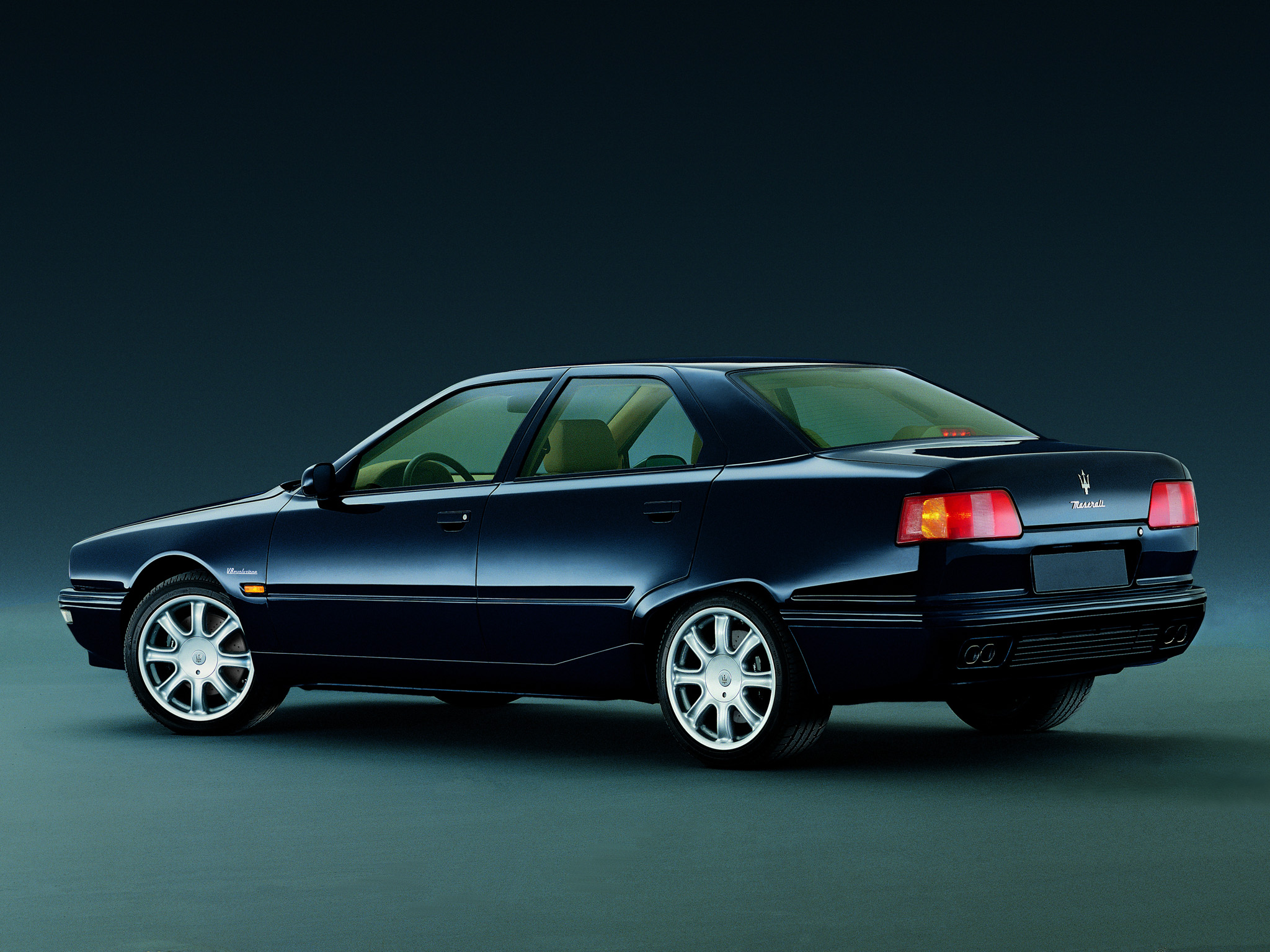